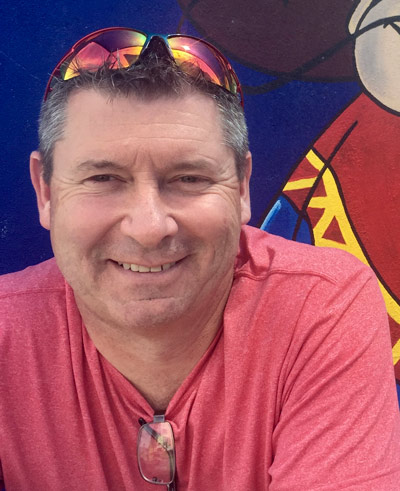 Don relocated to Sedona with his wife Wendy in 2014 to follow their long-planned dream to live among the red rocks. God led them to SummitLIFE the Spring of 2015, where Don began to serve in set up/tear down, KidsLIFE & AWANA, media, communication, LIFEgroups, and skits (roles have included Elvis, Christmas Vacation’s Cousin Eddie, and Elf on the Shelf). He’s also quite a clown. Seriously, keep your eyes open for that.

When planting pastor David Parker announced he and his family would be moving on from Sedona the Spring of 2018, Don and Wendy felt called to lead the community of SummitLIFE into the future.

Before moving to Arizona, Don was actively involved for more than 10 years in various areas of ministry at Crossroads Christian Church in Evansville, IN. He holds a bachelor’s degree in organizational management and an MBA from the University of Evansville in Indiana.

An experienced IT guy in his other life, Don has been called an anomaly for knowing technology and having a personality and the ability to see a bigger picture for an organization. He’s also an Army veteran, avid hiker, and struggling golfer.

WE’RE ALL ABOUT COMMUNITY!

© 2020 by SUMMITLIFE. ALL RIGHTS RESERVED. WEB DEVELOPMENT by DAN TURNER

Scroll back to top